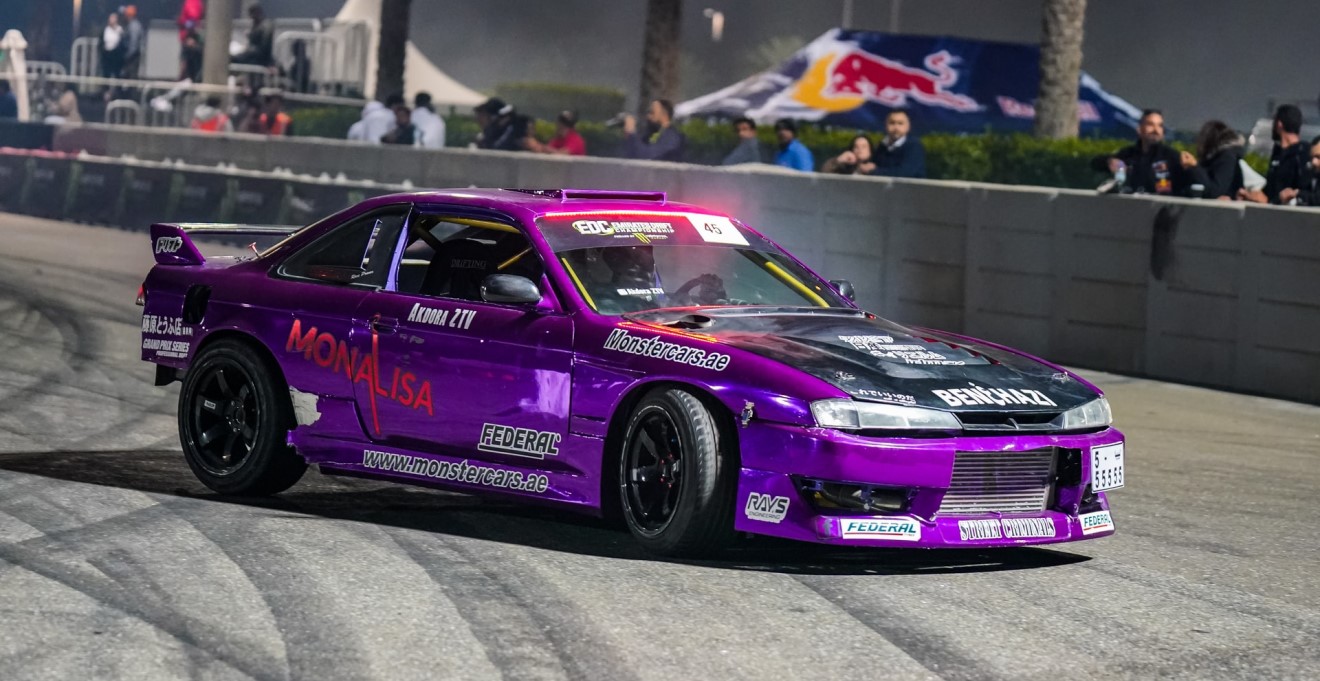 They don’t make them like they used to. In fact, they don’t even make them anymore, full stop. The latest revision of the Silvia, the S15, was discontinued in 2002. While the Skyline GTR was continued into the modern age, albeit dropping the fabled Skyline portion of its name and simply referring to itself as the GTR, the Silvia has been relegated to the annals of history.


The S chassis S14 is a favourite of ours here at Taabo Imports. It’s one of the Nissan series that is still selling at a price point that won’t make you flinch while also being a stock car that’s fun to drive but also easy to mod by todays standards. Should you wish to push the boundaries of what the car was originally designed for there is still a healthy marketplace for aftermarket car parts. With a little research and some testing of what the car is capable of, you should find yourself pushing figures sure to put a smile on your face while also providing you with a drive that’s at home both on the road and on the track.
In this article we’ll be focusing on our favourite of the S chassis line, the S14. Known in Europe as the 200SX, the 240SX in the US (What the hell, Nissan?) but released in Japan as the S14, this variation had a healthy run dating from 1993 to 1999. There were enough variants within this production run to cater to a few different tastes, so buckle up and let’s take a look at what’s on offer. 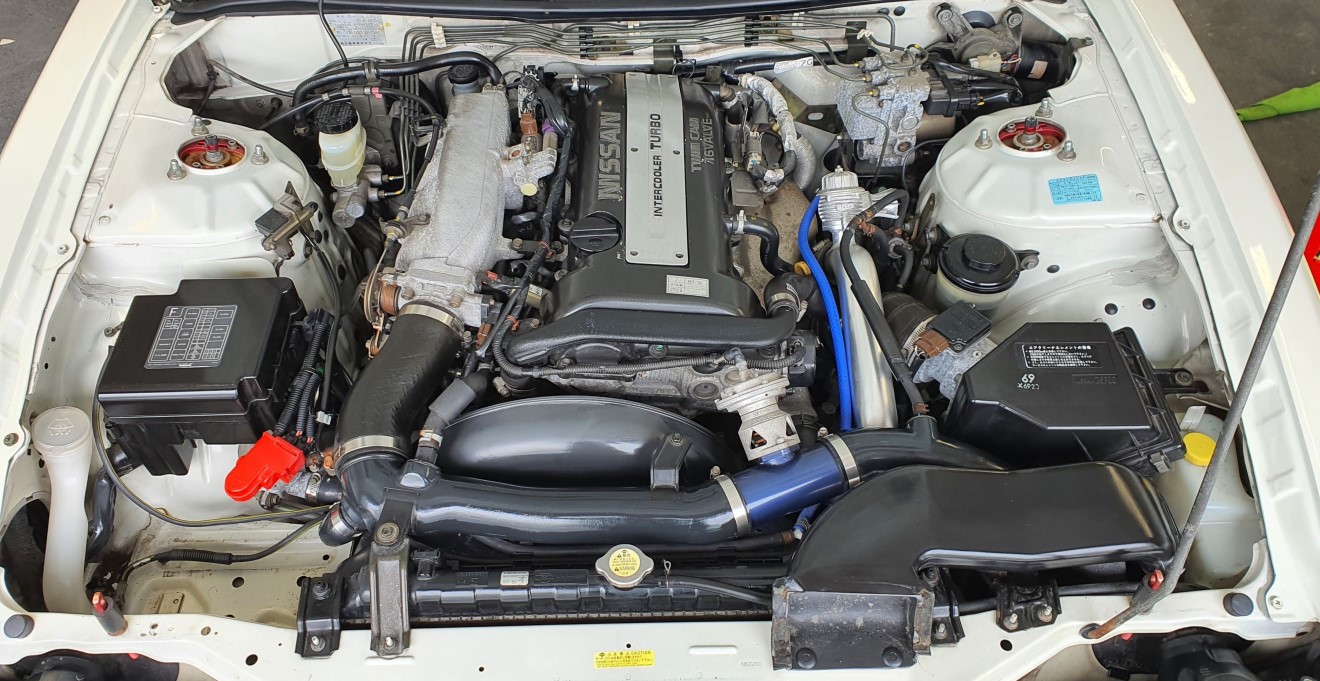 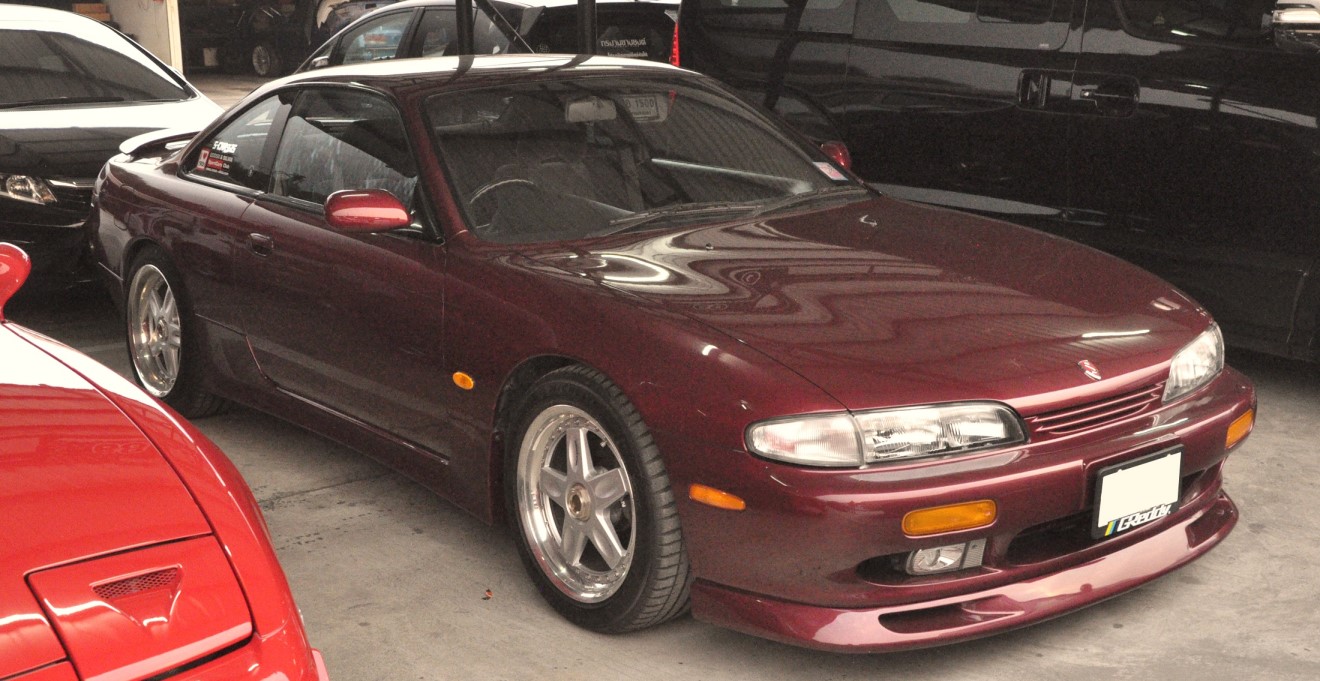 History in the making

Released hot on the heels of the immensely popular S13, the S14 was first available in Japan in October 1993. This revision of the S chassis was wider, lower and more rounded at the front than its predecessor and packing the hugely popular SR20DE and SR20DET engines. While sales were faltering outside of Japan, our friends on the other side of the Pacific Rim continued to enjoy this revision of the S chassis and sales remained healthy even though its new styling pushed the car out of the compact class and into the higher tax bracket for road users.


Just a couple of years later Nissan saw fit to give the S14 a facelift. In 1996 the Silvia received a more aggressive styling to the front end, headlights and body trim that, in our opinion, improved the aggressive look. While being a largely cosmetic facelift, Nissan also gave the Silvia a more efficient ball bearing based turbocharger.
Lovingly referred to as the S14a by enthusiasts it can also be found by its moniker of S14 Kouki (roughly translated as “later”, the first model being referred to as Zenki or “earlier”).


The run of the Silvia S14 finally came to an end in 1999 with Nissan releasing a Touring model of the chassis. Including extras such as a 10-disc changer, leather seats and headlight washers, this revision also saw mechanical upgrades such as a better block, stronger pistons and easier acceleration in the lower gears. 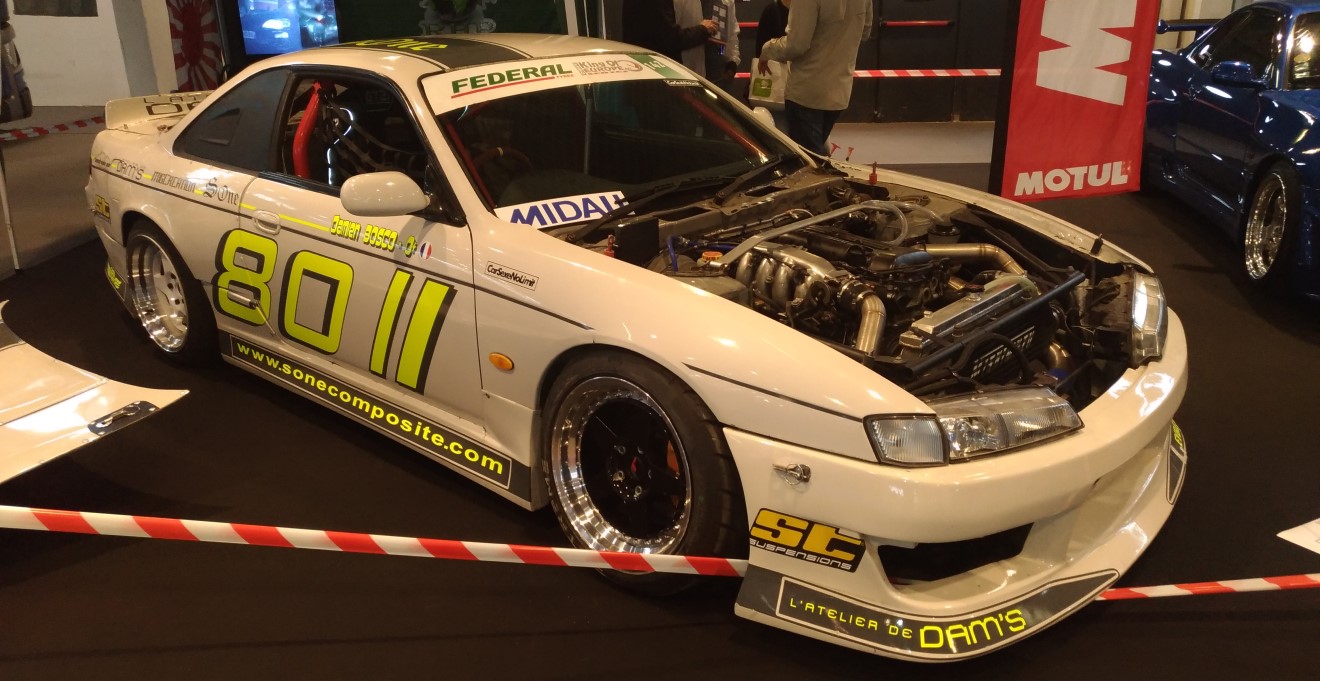 The Silvia line of cars has a healthy motorsport history, but strangely enough the S14 was originally marketed as a lower end coupe primarily for the retail market. While it’s cousin, the Skyline, was enjoying a good run of thrashing its competitors in motorsport around the globe, the S14 was afforded only a fairly humdrum existence on the roads of Japan.


However, with drifting on the rise and the American market lumbered with the less desirable KA24DE engine block owners began modding and engine swapping the bejesus out of the S14. It makes sense after all, front engine but rear wheel drive with a well-balanced slightly wider chassis. Modders, street racers and motorsport enthusiasts took the S14 off the roads and solidified the car as one of the most popular drift vehicles to date. In fact, trying to find an unmodified and unmolested version of the S14 is becoming increasingly difficult. A quick Google search for S14 will return a wealth of images of the car being thrown sideways around tracks wearing garish livery.
While we can’t blame people for wanting these cars for their drift heritage and we do love seeing them compete at drift events, we’re a bit sad that these cars are going to become a rare sight on the roads. In our opinion, with a handful of other makes and models thrown in the mix, they are the very essence of JDM, both aesthetically and culturally. 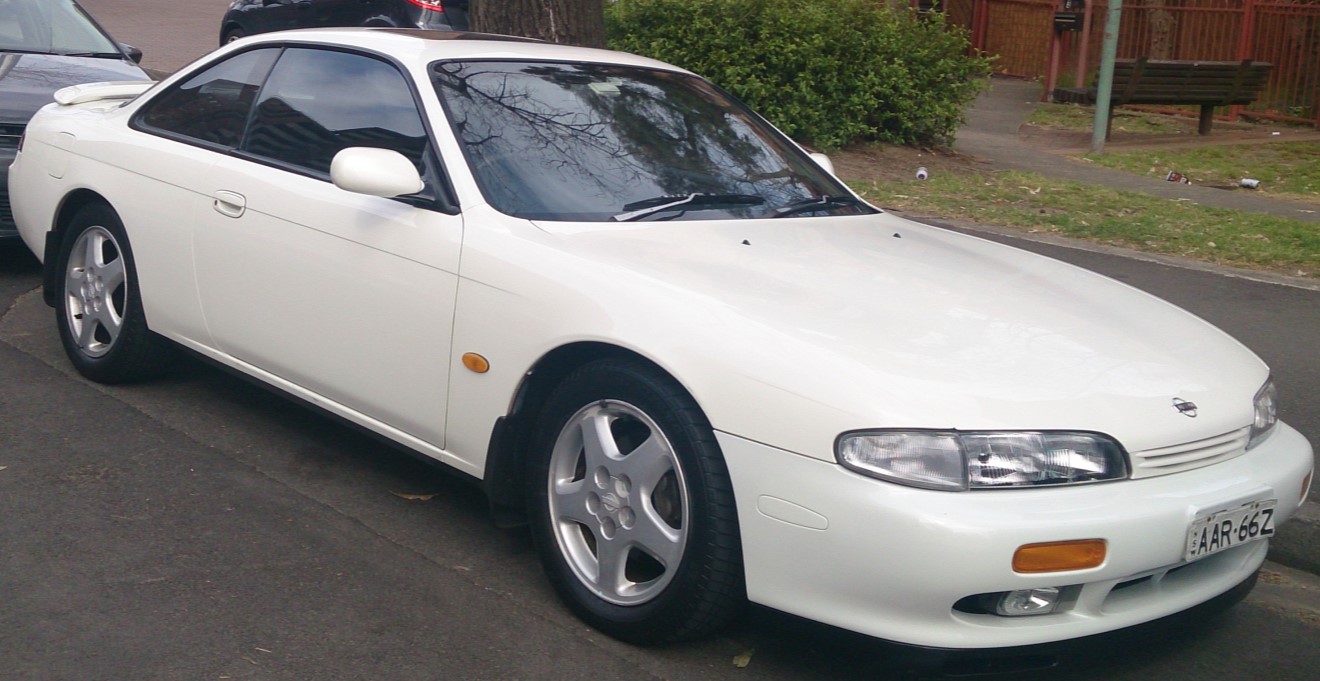 So, what is available in the S14 flavour? We’re glad you asked! In this case we are going to stick to the JDM variations and ignore the US released 240SX revisions. Simply because we see a preference for the spritely SR20DET rather than the KA20DE. Let’s start with trim levels…


The S14 came in trim levels referred to as J’s, Q’S and K’s (Jack, Queen and King). All Japanese models came with variations on the SR20DE block with only the K’s version offered in the SR20DET turbo release.


The J’s were the base model version. Naturally aspirated with extras such as power windows and side impact protection. 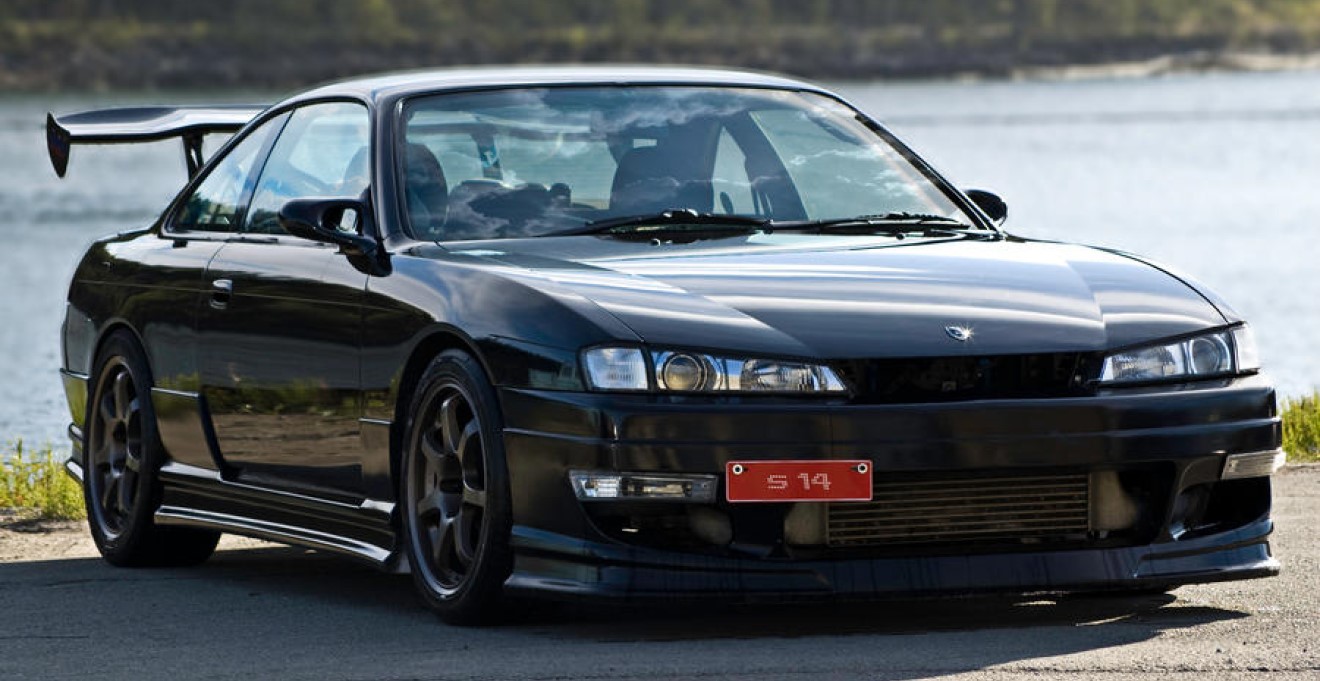 The Q’s were the mid-level version, Again, naturally aspirated but including extra goodies in addition to the J’s such as central locking , rear window wiper and alloy rims.


The K’s was the big daddy of the bunch. Packing the turbo SR20DET with LSD, front splitter, rear spoiler, and ABS as standard.


If you are incredibly lucky you may also find yourself the NISMO 270R version of the S14. Released as a limited edition run of 50. With additional aero on the body kit, front mount intercooler, 2-way LSD and the NISMO logo emblazoned on the seats and above the rear wheel arches. There were a number of other small upgrades including a numbered plaque in the glove box.
The Silvia S14 was released in the European market as the 200SX so finding a euro spec model shouldn't be too difficult. However, due to their rich drift history, finding one that hasn't been sideways most of its life is going to be difficult. Unless of course that's what you are looking for, in which case quids in!

But if you are in the market for a true blood JDM S14 your best bet is to take a look at the auctions in Japan to see if you can find your next road queen. Of the cars that are on the rise valuation wise, the S14 is still affordable in good condition and nice mileage. We see them regularly through the auction houses, both drift missiles and well cared for examples, so why not give us a call and let us source you your next JDM daily.
Schedule a call with us